Firefighter of the Year

Each year, a  five member nomination committee comprised of two Lieutenants and two firefighters along with the Union President, submit not more than three names to the chiefs office for consideration.  The Chief reviews these recommendations and makes the final decision on naming the firefighter of the year.

Nomination Committee: The nomination committee shall be comprised of 2 Lieutenants and 2 Firefighters that have been elected and voted on at the November union meeting submitted to the chief for concurrence.  The Union President will be an honorary member of the committee. The members severing on the committee shall not be exempted from the award. The committee will gather information and input from the local prior to submitting the final names to the Chief’s office.  In December of each year the committee shall select not more than 3 names that will be given to the Chief; the final selection will be made by the Chief.

Nominating Criteria:  The nomination committee will select no more than 3 names to nominate to the Chief for his consideration. The committee will take into consideration significant contributions, achievements, character, and long term dedication of the individuals being considered. All on and off duty charity and volunteer work will also be taken into consideration  Selection shall be based on the firefighter’s performance of duties, motivation, teamwork, dedication, leadership, creativity, safety, professionalism and customer service.

The Brownstown Fire Department currently has 30 full time firefighter paramedics, which includes 6 Lieutenants, 3 Sergeants.  In addition there is one full time chief/paramedic, one full time Inspector/paramedic and one civilian office administrator.  Some of these personnel were former members of the paid on call department.

The year 2021 brought the full time department its first second retirement, Lieutenant Dave VanWallaghen retired from the Brownstown Fire Department after 42 years of public service. Dave served as a volunteer Firefighter and EMT starting in 1979.  In 2000 Dave became a full time career member as a Firefighter / Paramedic and was one of the “original 20″ to establish the full-time department.  Dave was permanently promoted to Lieutenant in 2008 which he held that rank until his retirement in June 2021.  We wish him well in his retirement. 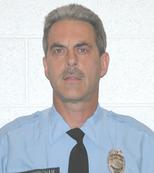 In October 2012, a wall of honor was established in front of the new Brownstown Event Barn located at 23345 King Road.  The wall of honor is a place to honor the men and women who serve, or have served, with honor and integrity, the citizens of Brownstown Township, the State of Michigan, and the United States of America, as members of the Brownstwon Police and Fire Departments.  It shall be a place for all to reflect on the service and sacrifice that the Township's Public Safety Employees make while protecting the well being of its citizens and property.

Safety Honor Guard. The unit was established with the primary goal of providing proper honors to members of the

Public Safety Community who make the ultimate sacrifice in service to the community. Membership is voluntary and

time for training and Honor Guard Details is donated by its members. Aside from its primary focus, the Honor Guard

(The U.S. Flag) at events or ceremonies. In addition, the Honor Guard serves as the caretakers of and liaison to, the Wall of Honor which is located in front of the Browstown Township Event Barn on King Rd.within the Township Recreation Campus.  This wall was built as a place to honor the service of the community's Public Safety Employees. 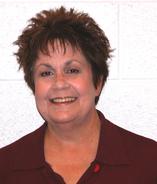 In January 2010, the departments; first full time administrative secretary Joette Freeland retired.  With nearly 20 years of dedicated service and commitment to the Brownstown Fire Department.  Joette was truly an asset to the department, we wish her well in her retirement and we will surely miss her.

The year 2021 brought the full time department its third retirement, Lieutenant Robert Cunningham retired from the Brownstown Fire Department after 45 years of public service. Bob served as a volunteer Firefighter and EMT starting in 1975.  In 2000 Bob became a full time career member as a Firefighter / Paramedic and was one of the “original 20″ to establish the full-time department.  Bob was permanently promoted to Lieutenant in 2008 which he held that rank until his retirement in December 2021.  We wish him well in his retirement.

The Brownstown Honor Guard is pleased to announce that it will awarding a $500.00 scholarship to one student from Woodhaven High School and one student from Carlson High School.  The Brownstown Honor Guard is made up of volunteers from both the police department and the fire department of Brownstown.  The honor guard was established to support the community, become involved within the community, and to provide honor to those individuals that work in public safety within the community.  Providing a scholarship for high school students allows the honor guard to complete these elements on which it was founded upon.

The winner of these prestigious awards will be announced at each schools honor’s night.

Completed application forms.  Forms are available at the counseling office.
Have a cumulative GPA of at least 3.5
Wish to pursue a career in public safety
High School Transcripts
Two letters of recommendation(non-family members).  Letters must be sealed with authors signature across seal.
ESSAY

Length:  not longer than two pages, typed, double spaced
Topic:  What does honor mean to you and how does it relate to integrity and ethics in public service? 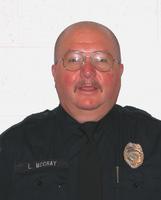